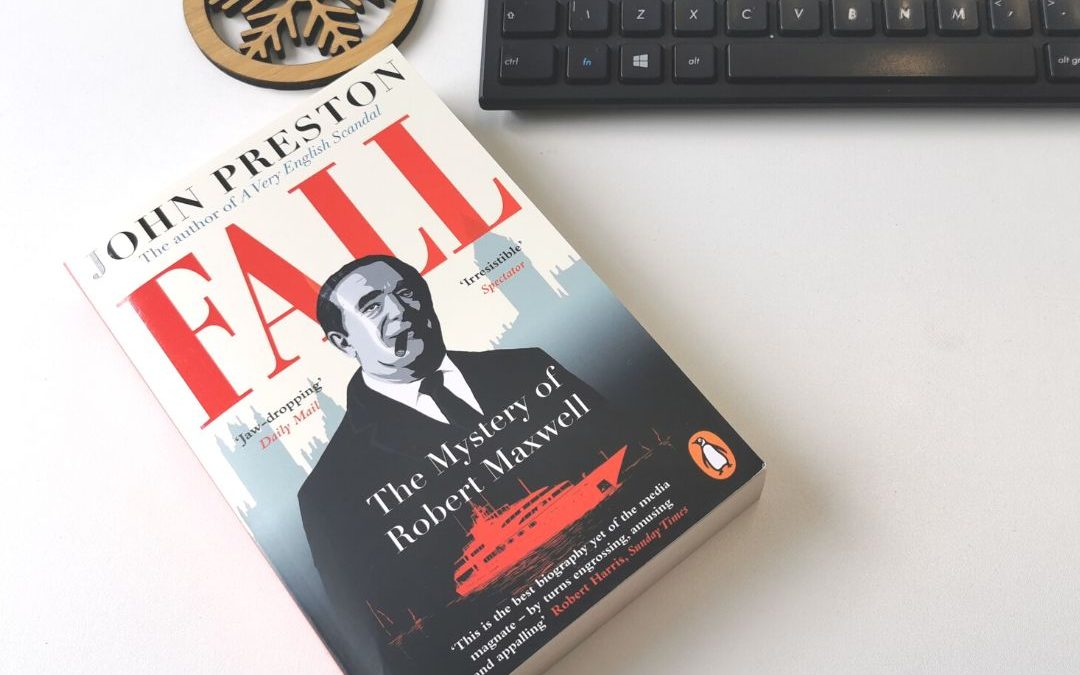 The first book review of the year is one excellent book and sets the bar high for the rest of the year. The book is ‘Fall’ by John Preston. The book is about the life and lies and the rise and fall of Robert Maxwell.

Prior to reading this book I knew all about Maxwell raiding the Mirror Group pension scheme and then mysteriously falling(?) off the back of his yacht, the Lady Ghislaine, and being found dead in 1991.

This however is merely the end to the story. There is so much more to this tale, and so, so many lies, deceit, bullying, greed and great scandal. Just in the first part of the book, Maxwell has changed his name 3 times, creating a story of escape from his hometown in Czechoslovakia by foot, and later becoming a war hero. He received the Military Cross for his heroism, but every story about him seems to later change, or become inflated in importance, so you are never quite sure what he did or didn’t achieve when it came to the war.

In business, he appeared to be a successful businessman and owned several newspapers and publishing companies. He was lauded all over the world for his success and was very well connected. Indeed, upon his death there was an outpouring of shock and sadness from many quarters of the world, including politicians, world leaders and businesspeople. That sadness quickly turned to anger when within days, the full extent of hidden debts and unscrupulous dealings came to light, and his whole empire came crashing down.

He had many battles with Rupert Murdoch, most of which he lost! He was often bought in by political leaders to help with other world leaders with whom he had contacts with, and he made the most of those contacts to leverage all he could.

Of course, most recently his daughter, Ghislaine, whom the yacht was named after, has been the main centre of media interest, having been found guilty of her crimes. This part of the story is covered briefly at the end of the book.

This is a first class book and a really well written account of the rise and fall of Maxwell. I read it in just a matter of days and despite knowing the ending, I wanted to keep reading to find out the stories and the lies in the strange and deceitful world of Robert Maxwell.