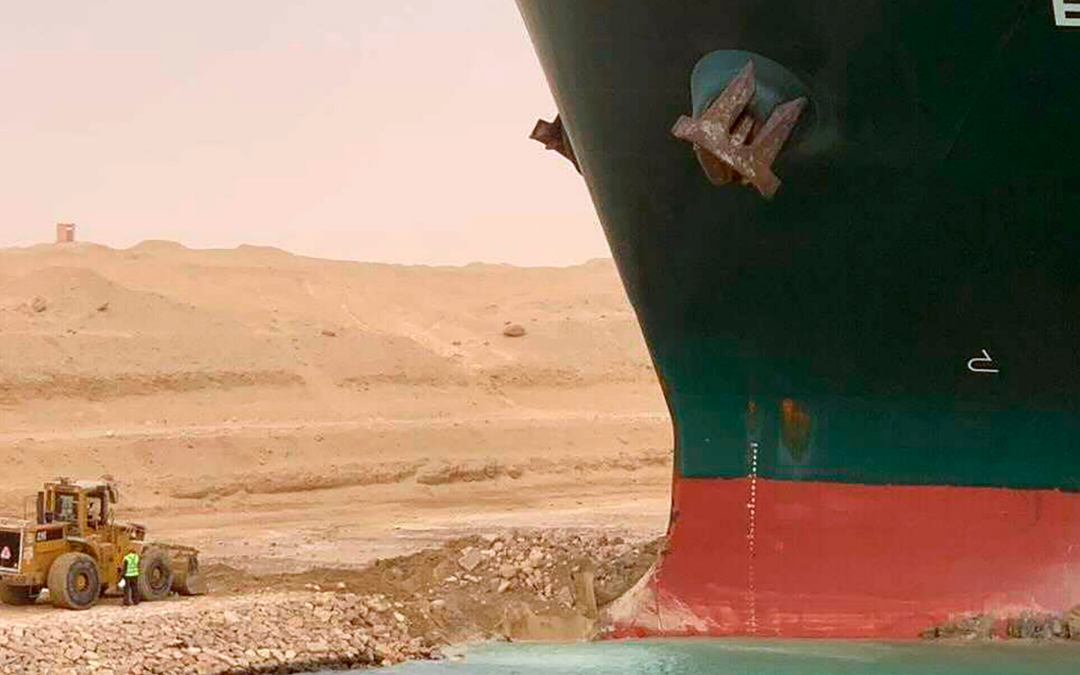 More than 400 vessels were stranded in the Mediterranean and the Red Sea when the giant container ship Ever Given became wedged across Eqypt’s Suez Canal after it was knocked off course by strong winds.

The ship is 400m long; the length of four football pitches and was carrying around 18,000 containers. Almost impossible to put into perspective the sheer scale of the ship and the operation to free it as specialist rescue teams took almost a week to dislodge it after extensive dredging and repeated tugging operations.

About 12% of global trade passes through the Suez Canal, which connects the Mediterranean to the Red Sea and provides the shortest sea link between Asia and Europe. Nearly 19,000 ships passed through the canal in 2020, according to the Suez Canal Authority.

The knock-on effect on global shipping could take weeks or even months to resolve, with some ships taking the longer route around the southern tip of Africa, adding around 5,000 miles and 10 days to their journey.

More disruption following the pandemic and Brexit to supply chains with those with just in time stocking leaves firms vulnerable as cargoes will be reaching their destination much later than planned.  This creates logistical issues at destination ports, with potential congestion; delays in offloading and the refilling and onward movement.

The cost of shipping goods to Europe is expected to rise as a result, and eventually reach end consumers. This is in addition to the higher freight costs seen in the past year.

Further consequences are the litigation that will undoubtedly occur, following the investigation into the cause of the grounding, to recoup the costs of repairing the ship, fix the canal and reimburse shippers for the disruptions. The complexities of ownership; operation and registration of the ship in differing countries means it will take years to settle.

Whilst it seems remote from the UK, the impact will be felt across Europe and many industries, further disruption to the supply chain following quarter 1 this year could add more pressure to cashflows. Are your facilities flexible enough to accommodate these issues? Do you need to review your facilities and ensure you have adequate headroom to cover unforeseen events?

Please contact us for further information and advice on how to manage your cashflows.