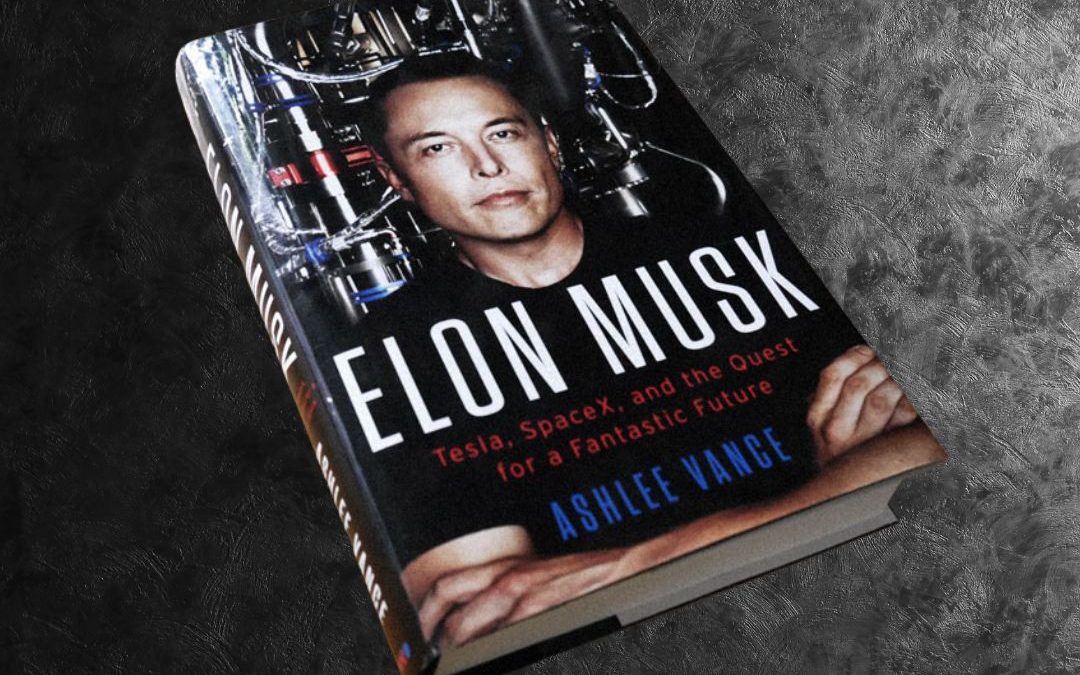 Barely a week goes by without Elon Musk saying, doing or ‘smoking something!’ that then goes viral around the world.

The latest is his on-off purchase of Twitter, which as of today is off, but by next week who knows!! And of course, who can forget his infamous tweet ‘Am considering taking Tesla private at $420. Funding secured’ which got him in hot water with the SEC and some of the Tesla shareholders are still suing him off the back of this tweet in 2018.

Many have said he was the real-life inspiration for the Iron Man series of films. His net worth is said to be around $200bn but he is just one week younger than me – maybe I should have kept on with those computer lessons back in my early youth!

This book by Ashlee Vance titled ‘How the billionaire CEO of SpaceX and Tesla is shaping our future’ captures the life and achievements of the serial entrepreneur, Elon Musk, the key person behind so many successful and diverse businesses including PayPal, Tesla, SpaceX and Solarcity.

This particular account of his life and exploits was published in 2015 and so does not cover his more recent life moments, but more than enough has occurred up until 2015 and gives you a real insight into what made him the person he is today and how he on regular occasions bet everything he had in order to succeed. Any one of these bets could have easily gone the other way and we would have never seen the huge success of SpaceX and Tesla we see today.

The book covers both his personal and entrepreneurial life and indeed both are pretty eventful and colourful!

It includes the huge dot-com successes he set up, including PayPal, which eBay acquired in 2002 for $1.5 billion, and with the proceeds he started investing in electric cars, rockets and other huge technological advances. All the while his person life collapsed around him.

If you don’t know the back story to Musk or how he came to set up and lead two of the biggest technology companies in the world which are at the absolute forefront of their industry, then this book does that for you. It tells you of the ups and downs of the entrepreneurial journey and the odd ‘bet everything on black’ moments. There are the twists and turns of how he questioned the engineering, the efficiency and build on everything. For the space business he developed the rationale and then the ability to re-use the rockets going up into space and there is also the story of how and where his first rockets came from which were needed to even get the SpaceX business off the ground in the first place. One of his best quotes (and there are many) when talking about going to Mars is ‘I would like to die on Mars, just not on impact

Hope you enjoy the book and it will give you a better understanding of this complex individual also known as the Steve Jobs of the present and the future.